The Gironès is a region situated in the interior of the province of Girona, surrounded by mountains but near the sea (1), only 30 km from the Costa Brava. Covering an area of 575.45 km² and with a population of 185,000 (2), it is made up of 27 municipalities.

The region’s climate is typically Mediterranean, although there is an appreciable difference between the area open to the sea and that which is surrounded by the Gavarres massif. The average temperature ranges between 13°C and 17°C. (3)

The city of Girona, regional and provincial capital, is the great centre of interest where numerous regional and local routes converge, and which connects the region to Barcelona and France via rail, road and motorway. The international airport of Girona-Costa Brava (8km from Girona) connects the area with various Spanish cities as well as some twenty European cities.

Natural expanses, charming villages, historic monuments and top class cuisine make the Gironès into one of the most dynamic and attractive regions of all Catalonia (4).

(1)    Regional Council of the Gironès

(2)    Demographic and economic data for the region of the Gironès (IDESCAT, The Catalan Institute of Statistics)

There is evidence of human settlements in the Gironès dating as far back as the Palaeolithic period, as demonstrated by the archaeological sites of Puig dén Roca and Sant Julià de Ramis. Later remains dated to the metal ages show collective burials, characteristic to this period, in caves such as that of Boratuna de Llorà and Rocafesa de Pedralta. Much later, in the Iberian period the Indigetes occupied this area and they spread out over the whole territory, (the settlements of Julià de Ramis and la Creueta are good examples of this). With the arrival of Roman culture the settlement of Girona transformed into a city, acquiring the Latinised name of Gerunda. An important part of the population lived in villae, some of which still conserve traces of their interior decoration (Bell-lloc and Sarrià de Ter).

Centuries later, from the Middle Ages onwards, the Gironès became the central nucleus of the county and bishopric of Girona. However, later the territory suffered various modifications, particularly during the nineteenth and the first half of the twentieth centuries, until it became the territory we know now.

From the urban appeal of Girona through to charming rural villages, this region contains something for everyone: traditional fairs and festivals, adventure sports, local cuisine made with local produce, and a territory rich in scenery and culture.

The two millennia of history the capital of the Gironès is steeped in can be felt in all the corners of the city: in the Jewish quarter (call jueu), in the cathedral and in the Arabic Baths, symbols of the city´s medieval splendour; in the bridges crossing the River Onyar, la Rambla or the Parc de la Devesa, which allow you to travel through time. All this in addition to an astounding museological patrimony, which allows the passer-by to penetrate into the essence of a constantly changing city.

The Jewish Quarter.  It is no coincidence that Girona´s Jewish quarter is the best conserved in Catalonia and one of the most renowned on the continent. From the ninth to the end of the fifteenth century, Girona’s Hebrew community, (near a thousand people) lived in the narrow streets in the vicinity of de la Força Street, with butchers, bakers, artisans and merchants adding dynamism to the city’s economic activity.

Cúndaro and Sant Llorenç Streets, both of which go up to the highest point of the city allow one to appreciate the city´s medieval urban outline, almost in its entirety. This area, still today, maintains the spirit of a neighbourhood in constant movement.

The Cathedral. From one of the highest points of the city, at the feet of a grand stairway, the cathedral, which presents itself to the visitor as a great baroque tableau, can be accessed. The only Romanic remains that are still visible are the cloister and the Tower of Charlemagne. The cathedral possesses the largest Gothic nave in its particular style in the world. It has an eclectic style as demonstrated by the Romanic, Gothic and Baroque interior stained glass windows which lend light and colour to the inside of this architectural work of art which stands testimony to the passing of the centuries.

The Arab Baths. The city’s multicultural past is echoed in this building constructed in the Romanic style towards the end of the 12th century. It was closed, and transferred to private ownership in the 15th century. But in the 17th century a convent of Capuchin monks installed itself, using the building as a pantry and laundry. It was not till the 19th century that the building popularly acquired the name with which it is now known.

Apart from the heterogeneous nature of its architectural patrimony (hermitages, churches, sanctuaries, country houses, industrial buildings...), a wide range of museums and centres of interpretation certify the city´s cultural diversity. Among others, the most renowned are the History Museum of Girona, the Museum of Cinema, the Museum of Catalan Archaeology, the Art Museum, the cathedral´s Treasure Museum, the Museum of Jewish History and the Masó House-Museum.

OTHER PLACES OF INTEREST

The Gironès’s visitor centre allows one to discover didactically and through modern technology, the region’s raison d’être and what it offers in the way of leisure activities. It also invites one to try the local cuisine and acquire local produce, as well as allowing one to make reservations for the numerous touristic activities offered. In addition to all this, the village conserves a Roman villa with some recently discovered mosaics which explain the village’s way of life two thousand years ago.

The walk through the Gavarres – the massif described by Josep Pla  as “elephantlike” – to the sanctuary dels Àngels (Sant Martí Vell) allows one to penetrate into singular forest surroundings engaging in the so-called tourism of silence.  http://www.gavarres.cat/

Historical hermitages, churches, caves, ravines and country houses can be found throughout this valley. One of the best panoramic views of the region can be appreciated from the Sanctuary of Rocacorba. A visit to the Romanic church of Sant Pere de Llorà, the Torre fountain and the volcanic gorges of Canet d´Adri are essential excursions for the visitor to the area.

The origins of the Gironès are found in this locality where the archaeological sites of Iberian providence (oppidum), located very near the church of the Sants Metges, which still conserves remains of roman origin, can be visited.

The Desveses – naturally connected to the fluvial path, the Monar dyke from the medieval period and the textile industry are the most emblematic symbols of this town situated on the banks of the Ter.

If one goes up the Puig de Cadirtetes (one of the highest peaks in the region), one of the most exceptional views of the area can be enjoyed; with views of Tossa de Mar through to localities in the interior such as the Montseny massif, Montnegre and the Guilleries. During the ascent, which is about 3.6 km long and takes approximately an hour, you will come across the many notable megalithic remains that appear along the path.

The La Crosa volcano has the widest volcanic crater in Europe (1,250 m in diameter). Inside the crater the Sant Llop hermitage, which was turned into an observation post in order to take advantage of its panoramic characteristics, can be found.

This region provides the ideal setting for one to engage in active tourism in all its dimensions.

The region’s natural resources are taken advantage of in order to offer a series of activities for all lovers of adventure: canoe and kayaking in the river, mountain bike routes, golf, rock climbing, canyoning, or multiple balloon routes.

The territory of the Gironès invites one to get to know every hidden corner, and to do so on foot is the most authentic way of doing so. Tens of routes, of varying difficulty allow one to discover some singular and magical places either alone or with one’s family. Excursions to the Banya del Boc or la Crosa volcanoes, visits to the villages and country houses of the Llémena Valley, the pastures of Salt, the canyon and mountain of Sants Metges, the mills of Llagostera, the farm houses of the Pla de l’Onyar and many more locations demonstrate, once more, the cultural and natural wealth of the region.

The Green Trails, which follow the route of the old train tracks, connect the Pyrenees and the Costa Brava. A series of accessible and safe spaces to walk or cycle cross several of the region’s municipalities allowing one to enjoy the region’s cultural, human, natural and gastronomic patrimony.

THE ROUTE OF SANTIAGO DE COMPOSTELA

More than 36 kilometres complete the Route of Santiago de Compostela in the land of the Gironès. From Viladasens to Bescanó , the pilgrimage route allows one to visit monuments such as the Benedictine monastery of Cervià de Ter, or to pass through the centres of Sant Julià de Ramis, Sarrià de Ter, Girona and Salt.

Due to the combination of its proximity to the sea while at the same time being surrounded by mountains, the cuisine of the Gironès is spectacularly full of nuances. Traditional cooking as much as the most creative and contemporary cuisine are at home in this region; as shown by restaurants which range from those with Michelin stars: the Celler de Can Roca (***), Els Tinars de Llagostera (*) and La Massana (*), through to numerous establishments specialising in traditional and local cuisine. The remença style of cooking, typical of peasants in feudal Catalonia, has also, with the pass of time been able to inspire the modern cuisine we can taste today. Coal-Cellar Cuisine –so-called because of the use given to coal before the arrival of electricity and gas– is the original way of cooking in the Llémena valley, based on the traditional cooking pot and local produce: the rostit (‘roast’) and morel mushrooms are indisputable symbols of this style of cooking. As regards sweet dishes, one of the genuine products of the region (and the province), is the xuxo, a mass fried in olive oil and filled with cream.

Various fairs and gastronomic events take place in the region all year round: the Fira del Bolet (‘The Fair of the Mushroom’), in Llagostera; the Tast de formatges (‘Cheese Tasting’), the Fira d’embotits (‘The Cold Meats Fair’) in Bescanó; or the Jornada de la Tòfona (‘Day of the Truffle’), the Jornades de l’arròs (‘Days of Rice’), the Setmana Gastronòmica (‘Gastromonic Week’), and the Jornades de Cuina de Tardor (‘Days of Autumn Cuisine’), in Girona, are a small sample of these.

TOWNS AND VILLAGES OF THE GIRONÈS

Regional Council of the Gironès 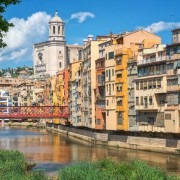 Properties for sale and rent in GIRONES 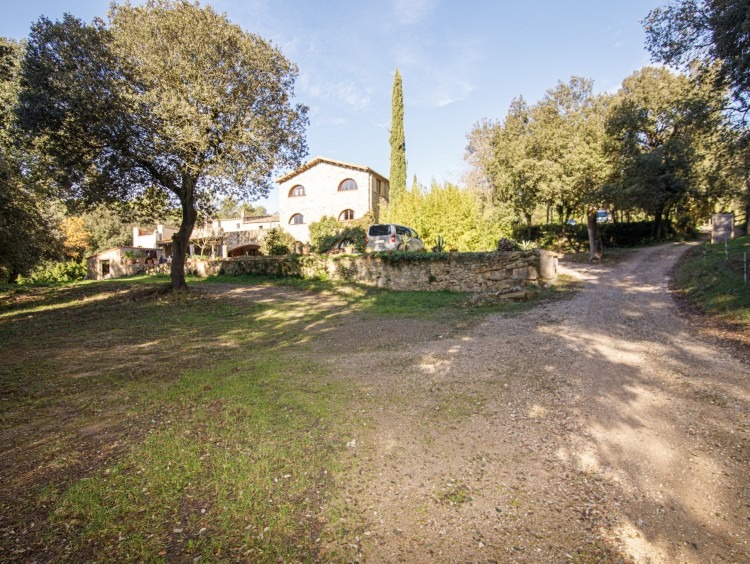 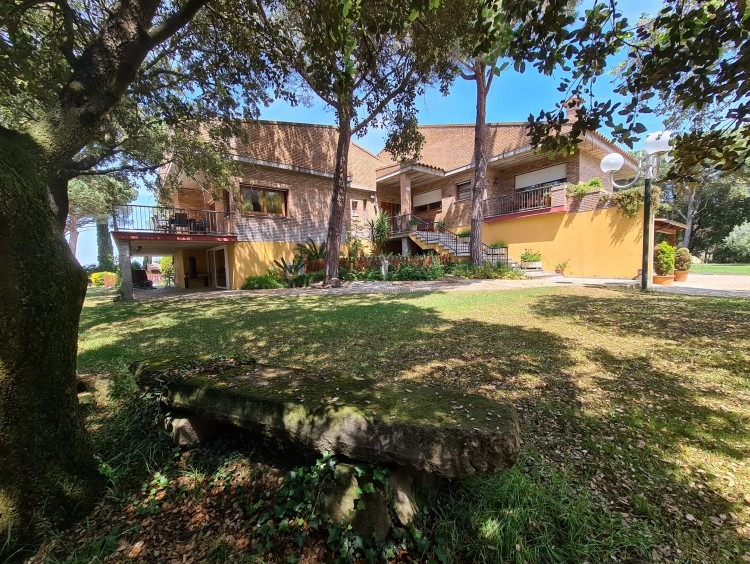 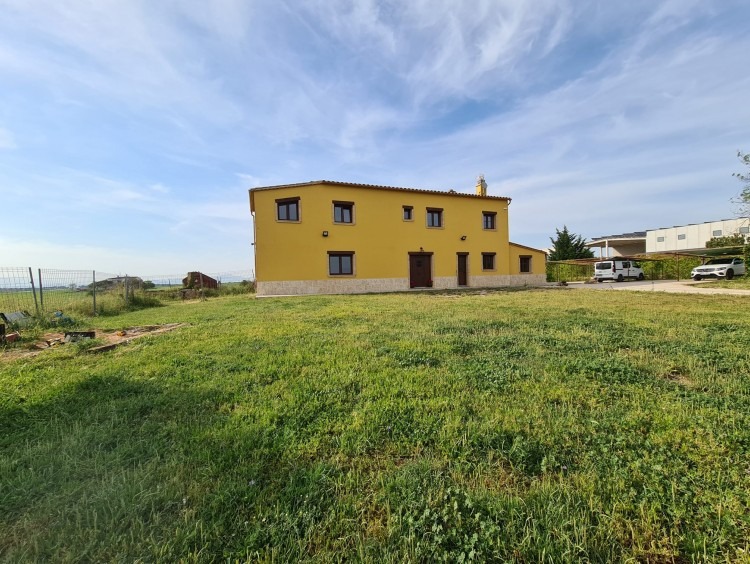