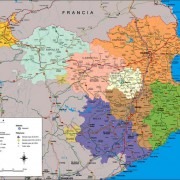 More than 12,000 kilometers of roads, 5,600 correspond to roads whose ownership holds the Generalitat of Catalonia with 4,400 to county councils, and 1,988 to the Ministry of Development of the Central Administration. The structure is centralized motorway towards Barcelona.

What is a Masía 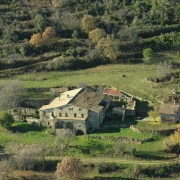 Masía is the name designating the secluded cottage, assigned to a country estate from a holding livestock agricultural character or familial. Mas word is derived from the Catalan word "More", and this, in turn from the Latin word Mansum. Encompasses all traditional farm self-sufficient type and character, it is originally from some areas of eastern Catalonia. As a rule, the peasant family that owns a farmhouse dwells permanently in the house, living solely on what they produce.

Activities in the Costa Brava 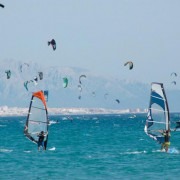 The Costa Brava is an inexhaustible wealth of landscapes, beaches, villages, sensations, people and possibilities. Through its 214 km of coastline and find nature reserves Cap de Creus or the Medes Islands. Villages that conserve the marine charm that made be visited by legendary characters as Cadaqués or Port de la Selva. Resorts like Roses or Platja d'Aro. And different villages such as Calella de Palafrugell, Llafranc or Tamariu that make people go year after year.